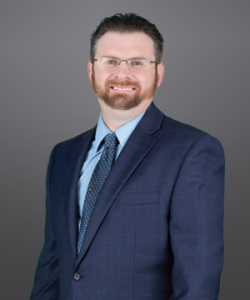 Mr. Sheskin’s practice focuses on employment, ADA, and complex business litigation with an emphasis on representing and defending local businesses, along with assisting them in preventing future potential lawsuits. A South Florida native, Mr. Sheskin attended the University of Miami for his Masters’ Degree, and the University of Miami School of Law, where he received his law degree with honors. Mr. Sheskin, his wife Nilsa, and their two daughters, reside in Cooper City.

If you get an EEOC Complaint you need an Employment Lawyer from day one.

If you are in business long enough, and you are successful, chances are you are going to face at least one EEOC Complaint, because success attracts lawsuits. Having an experienced employment lawyer, versus not, can either make it a slightly unpleasant experience, or a very expensive, extremely unpleasant, experience.
Read More...

Can I Require My Employees to be Vaccinated for COVID?

The question, “can I require my employees to be vaccinated for COVID,” does not have a yes or no answer. Like most things in employment law the answer is, it depends. The EEOC has released new guidance on the issue, and what is clear, is that most, but not all, of your employees, can be required to get a COVID Vaccine.
Read More...

When can I sue for wrongful termination in Florida

As an employment lawyer, I get inquiries from a lot of people who want to know if they can sue their employer, after they were fired unfairly. People assume that they can sue their employer for wrongful termination, if their firing was somehow unjust, however, that is true only in a very limited set of circumstances. The question of when can I sue my employer for wrongful termination, in Florida, is a complex question to answer, but the easy answer is not as often as most people think. There

If I am an independent contractor, or sole proprietor, how much can I qualify to borrow under the PPP?

An independent contractor, or sole-proprietor, can qualify for 2.5 times their monthly net income as reported on their 2019 taxes. This requires that you at least have a copy of your 2019 taxes, even if you have not submitted them yet.
Read More...