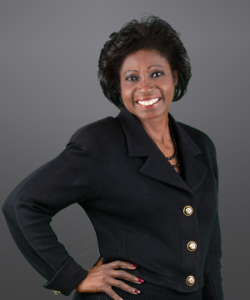 Lorna E. Brown-Burton is an “AV” rated attorney who is licensed to practice law in the State of Florida since 1987 and the Southern District of Florida since 1990. Ms. Brown-Burton’s primary area of practice is workers’ compensation defense representing Employers/Self-Insureds/Carriers for over 30 years and also has experience in the area of Labor and Employment and Social Security Disability as well as representing individuals in chapter 7 & 13 bankruptcy matters. Ms. Brown-Burton is a past adjunct professor at Broward College in the Paralegal Degree Program. Prior to joining Lubell | Rosen as a Partner managing the Workers’ Compensation department she owned and operated her own firm which was certified as an MWBE/SBE from February of 2004 to August 31, 2014 and from September 1, 2014 to July 31, 2018 Ms. Brown-Burton merged her firm with The DeMicco Law Firm, P.A. where she co-founded the firm, Brown-Burton & DeMicco, PLLC. She was an active member of the Legal Aid Board of Directors and has held several officer positions which included President. Although she is no longer a member of the Board of Directors of Legal Aid, she remains involved with Legal Aid’s fundraising activities to include For The Public Good. Ms. Brown-Burton is a member of the Workers’ Compensation Section of The Florida Bar, a prior elected member of The Florida Bar Board of Governors, Young Lawyers Division, as the Seventeenth Circuit representative, with a special appointment to the Board of Governors, Young Lawyers Division, for the 2002-2003 term and is a former elected President of the Young Lawyers Section of the Broward County Bar Association for the 1996-1997 term. Ms. Brown-Burton completed two 3-year terms on the Florida Bar Grievance Committee “17F” and “17E”, respectively and also served as Chair of the “17E” Grievance committee.

In her continuing community involvement, she was a member of Leadership Broward Foundation where she has served as an Officer and on the Board of Directors, Broward Women’s Alliance where she was the President for the term September 2015 to August 2016, and Rotary Fort Lauderdale South where she was the President July 2015 to June 2016 and is also a member of Broward College Paralegal Advisory Board since 2013. She is a former Board Member of Enterprise Coral Springs and the Economic Development Foundation of Coral Springs, where she held positions as an officer as well as The Broward Alliance as an Executive Board Member and served on the Entrepreneur Council of The Broward Alliance. Ms. Brown-Burton was appointed to the City of Coral springs CRA Board for a 4 year term in 2014 to 2018 and reappointed for another 4 year term of 2018 to 2022. Ms. Brown-Burton is a Board Member of The Girl Scouts of Southeast Florida where she served as Chair for 2013 to 2015, was re-elected as Chair for 2015 to 2017 and again as Chair for 2017 to 2019. Ms. Brown-Burton has been recognized for her achievements in Legacy Magazine as one of “50 Most Powerful and Influential Leaders of 2016”, “Who’s Who in Black South Florida”, The Inaugural Edition, 2007, as one of South Florida’s Most Influential; “Who’s Who in Black South Florida”, The Second Edition, 2009, as South Florida’s Counselors; has also been recognized by ICABA (Identify Connect Activate the Black Accomplished k/n/a International Career & Business Alliance, Inc.), Profile Directory of South Florida’s 100 Most Accomplished Blacks in Healthcare and Law, The Inaugural Edition, 2009 and was also featured in The Broward Alliance 2009 Economic Sourcebook. Ms. Brown-Burton was recently recognized and honored by the Virgil Hawkins Florida Chapter National Bar Association as one of Florida’s First Black Lawyers, Volume 2, 1980’s Trailblazers` (1980-1989) June, 2018 and by Florida Trend Magazine as a Florida Elite in Workers’ Compensation, July 2018.